Building the future. Restoring the past.

Building the future. Restoring the past. 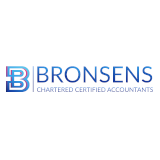 Charlbury Beer Festival is once again proud to host the Aunt Sally Open Singles World Championship. The championship is a highlight of the festival day, with players travellings from over country (and world!) to compete.

Unlike league Aunt Sally, the open singles World Championship is not a team event. Ours is a singles, knock out competition in which players participate as individuals. Names are drawn out of a 'hat' in FA Cup football fashion. Each round involves a game of three legs. Each leg consists of six throws and a point is counted only as long as the stick hits the doll before the iron. In the event of a tie after three legs, each player throws three sticks each, and if the scores are still even, the game enters a sudden-death round, in which players throw one stick at a time until one player is eliminated. The winner goes through to the next round. Otherwise normal rules apply and the umpire's decision is final.

Non-league players who wish to enter should register before 12.30. A pre-qualifying session will take place between 12.30 and 1.00, and successful players will be entered into the main draw.